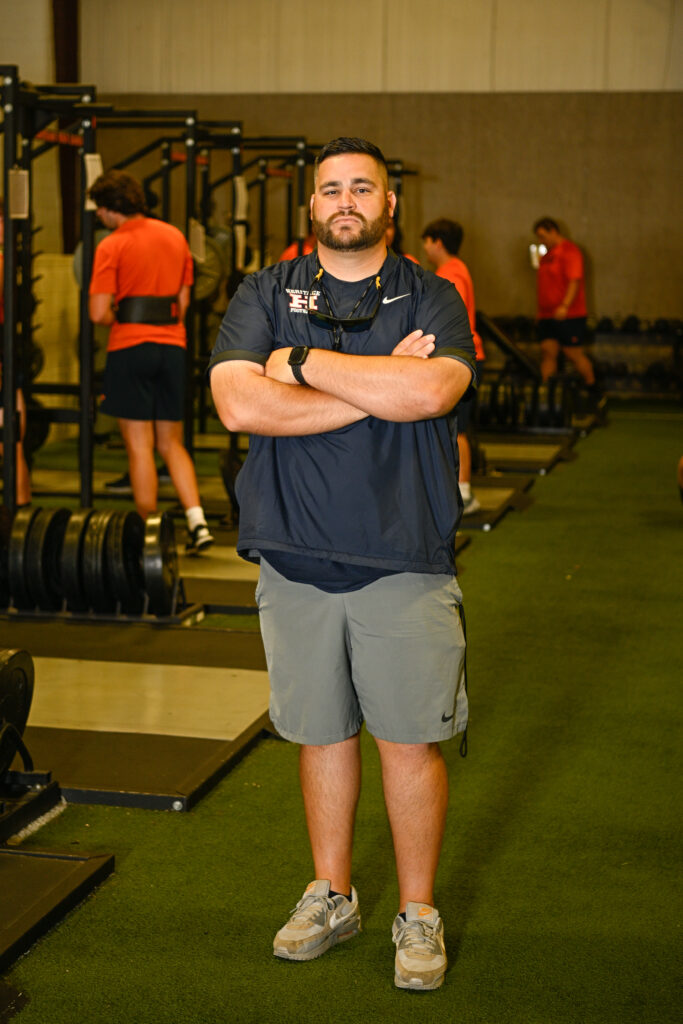 Considering how familiar he is with 7A-West football, it’s not so surprising that Rogers Heritage War Eagles 1st year Head Coach Eric Munoz seems quite confident he’ll be able to get this program turned around and competing at a high level.

“Growing up here I know what football means,” assures Coach Munoz, a Springdale High School graduate who played for former Bulldogs Head Coach Gus Malzahn in the early 2000s. “I know what a winning culture looks like. I know what it takes to get to a winning culture. I am here to get Heritage to that point.”

There’s no doubt Coach Munoz is thrilled with returning to an area so well known to him and he mentioned several factors that made it ideal, including “This is a chance to come back and coach in Northwest Arkansas, where I grew up.

“Being closer to my wife’s family (Kansas City) and my family, who lives here, is great. Also, as a competitor, I think I would be crazy not to want to compete and coach in arguably the premiere conference in the state.”

While he’s not expecting it to be easy, by any stretch of the imagination, Coach Munoz is stoked about this opportunity and maintains that “I am excited about how these kids have bought into what we are doing.

“Also, when being told ‘you can’t’ or ‘won’t win’ here at Heritage, that excites me, because it fuels me.”

Coach Munoz obviously has a vision, and he rationalizes that, “I truly believe the keys are building a culture here. With a winning culture and mindset, we will always be competitive.

“Our standard is how we do things, not only on the field, but off the field. This is something we talk about every day with our team. What does it take to not only meet our standard, but exceed it? When we meet and exceed our standard, that’s when championships will come.”

Munoz knows what it’s like to be a winner after being part of Malzahn’s 2004 Bulldogs squad that celebrated a regular-season league crown.

After his collegiate playing days were done, Coach Munoz went on to join Malzahn’s staff at Arkansas State in 2012. After that, he followed Malzahn to Auburn where he spent five years.

It makes sense that Munoz picked up a lot of things from his high school head coach along the way and he related that, “There are many things I learned from Coach Malzahn.

“I think one of the things that I will always take from coach (Malzahn) is doing things the right way, with class and demanding excellence in everything you and your team do. Something that will always stick with me from coach is ‘using your influence in a positive way.’”

Along with Malzahn, it’s understandable that Coach Munoz gleaned a great deal from several others in the profession and he noted, “There are many coaches throughout my career that I looked to as mentors. They all have things I’ve taken with me to help mold my philosophy, not only with Xs and Os, but how to be a leader.

Coach Munoz has shown that he can get a high school team going in a positive direction after leading the Brookland Bearcats to a very respectable 5-5 overall finish and three-way tie for second in 5A-East play last fall, in just his second season there.

Now, Coach Munoz’s full focus is on the War Eagles and his expectations of players, coaches, support staff and all involved is simply to “meet and exceed our standard every day.”

Without a doubt, Coach Munoz is upbeat about the chances of developing a winner here and he emphasizes that, “As a competitor and coach, I know we will get it done at Heritage.”

Only time will tell for sure. But Coach Munoz might very well just be the one who does help these War Eagles soar higher than they ever have before. 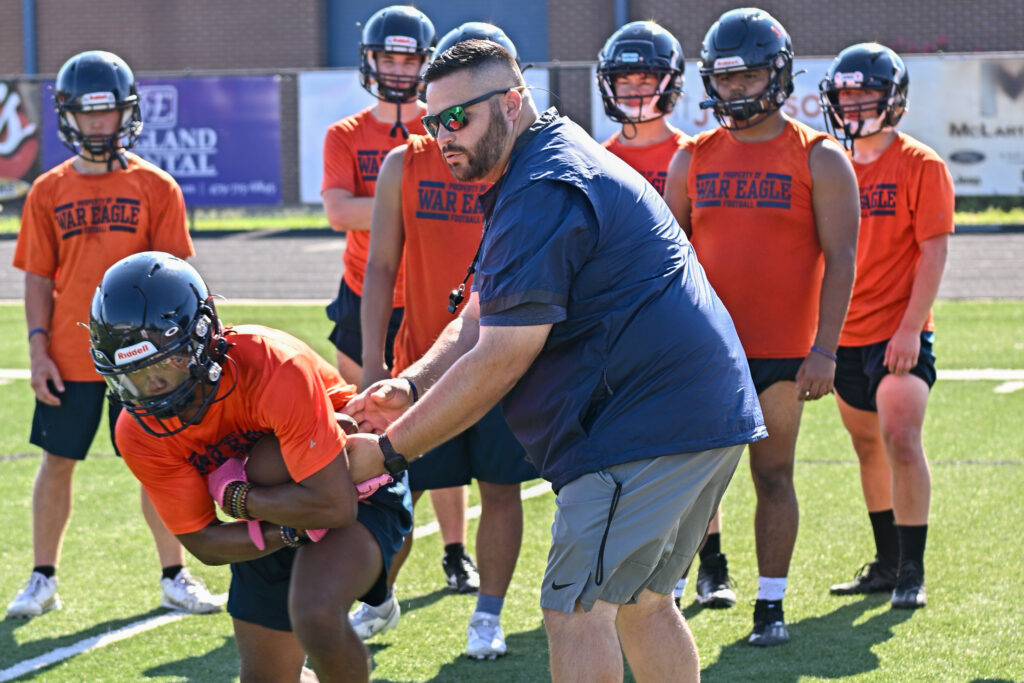