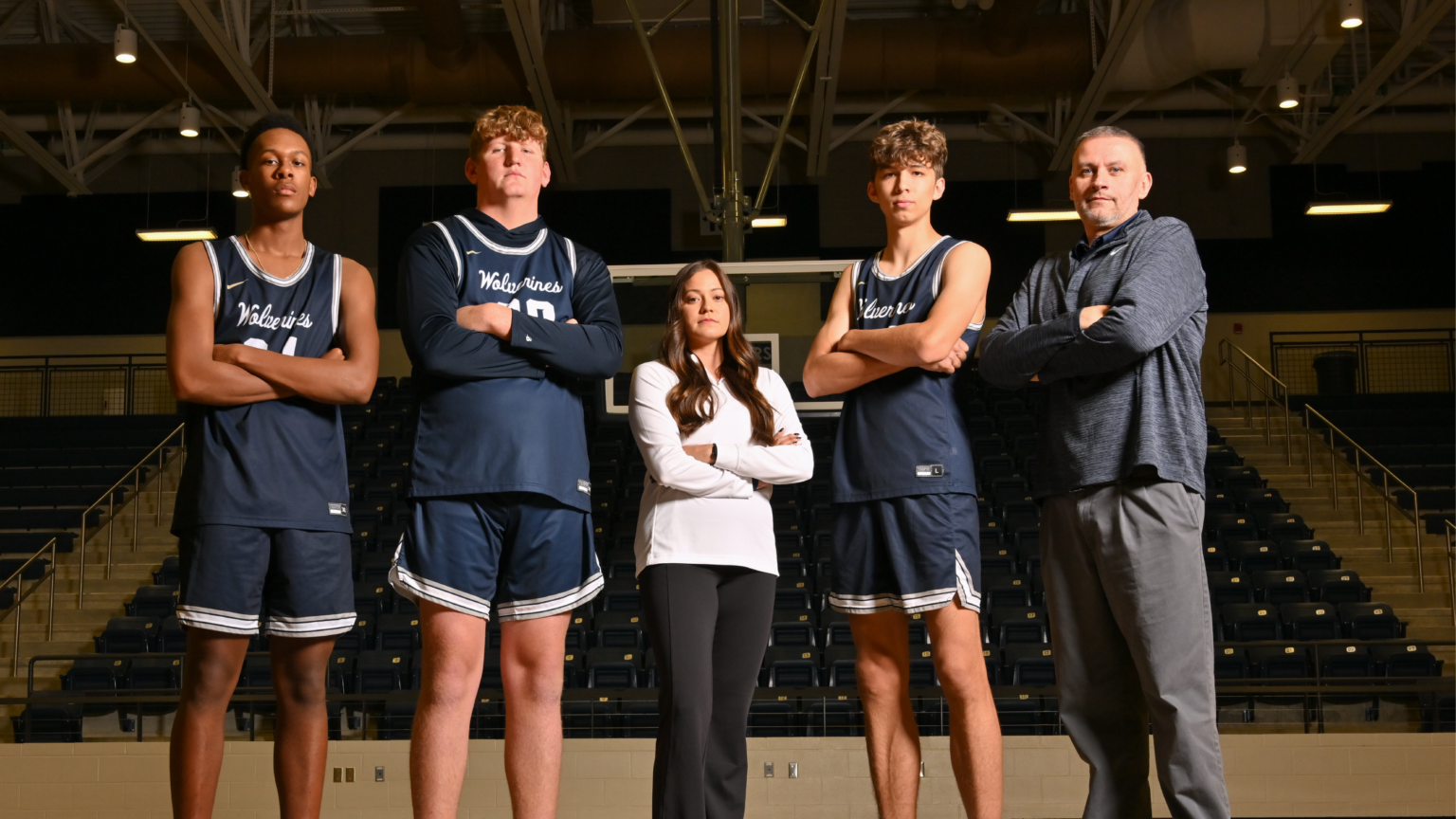 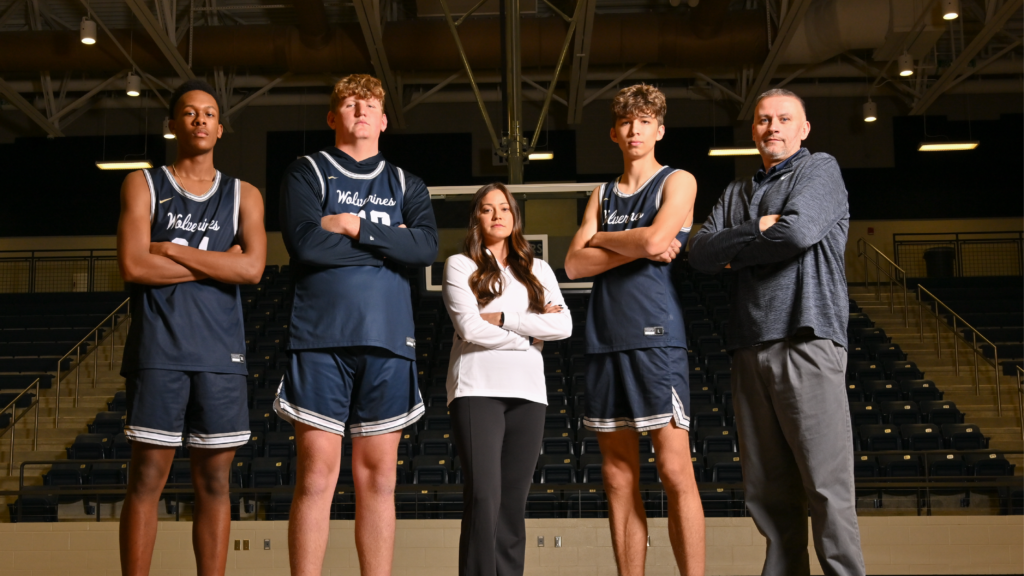 While Bentonville West Wolverines Senior Boys Basketball first-year assistant coach Kayla Shortt will be in uncharted territory during 2022–23 as she helps hone the hoops skills of young men, it’s not such a tall order for her.

Despite having never previously worked with a boys’ team, in considering why she chose to do so now, Coach Shortt confidently suggested, “Why not? It is a career opportunity along with a personal goal to shape as many young players as possible in a positive and constructive way, regardless of gender.”

West Head Coach Greg White, who had been at Gravette with Coach Shortt several years ago, knew she was perfect for this role and had no problems at all adding this woman’s wisdom to his staff.

“I’ve known Kayla for quite some time,” Coach White conveyed. “We had discussed it previously, but the opportunity had never been better until now.

“I knew I needed someone who is, first, invested in myself, secondly is invested in advancing their career, thirdly is a tireless worker and lastly a person that I trust undoubtedly. She checks all those boxes.”

While it wasn’t easy saying goodbye to the Lady Lions, Coach Shortt had no problem at all forging a path that not many in her profession have followed.

“It wasn’t deciding to coach boys’ basketball that was a hard decision for me, it was leaving the community of Gravette that I truly love,” Coach Shortt assured. “When Coach White called to ask if I wanted to be part of his staff, I knew it was an opportunity I couldn’t pass up.

“This decision follows my belief as to what success is, ‘The commitment to the pursuit towards achieving your own true potential.’ My hope is for my past, current and future players to see me stepping out of my comfort zone. I hope this encourages them to grow, by showing them an example of getting comfortable in the uncomfortable.” 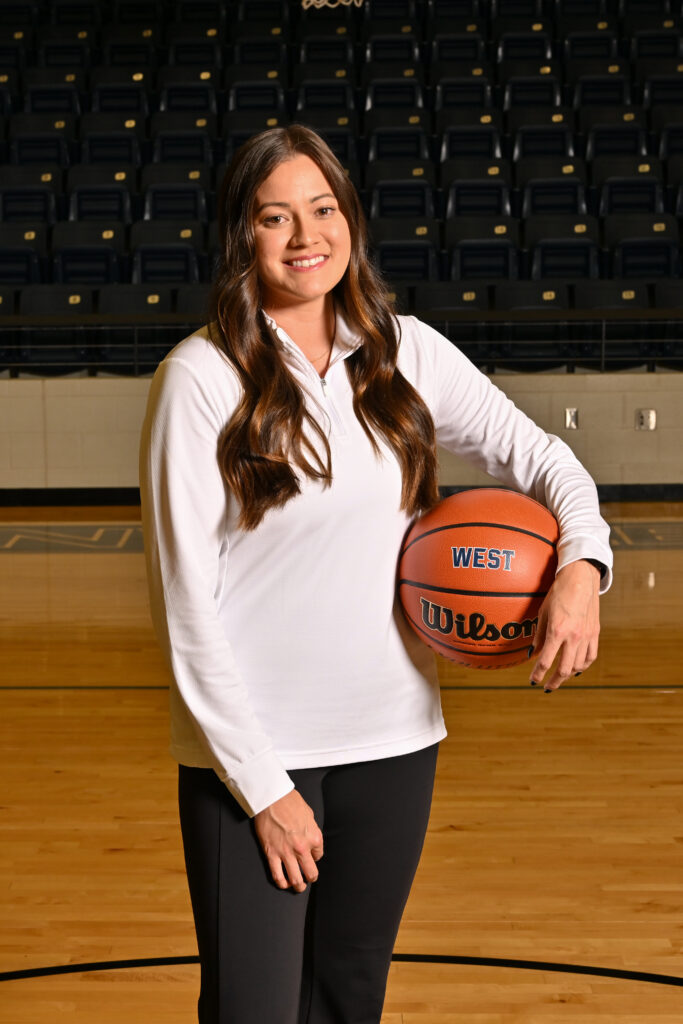 This is a different dynamic and Coach Shortt is ecstatic about it as she insists, “I’m excited for the opportunity to learn and grow from a new perspective, while providing a female point of view. I have a son who is active in sports, and I try to be the best role model for him.

“When young boys and girls see women in coaching positions, it has a ripple effect of empowerment. One of my goals is for young people to consider coaching as a successful and rewarding career, regardless of their gender or the gender they coach.”

As for what impresses him most about Coach Shortt’s style, Coach White assesses that, “She’s very intuitive and observant. She relates well with our players and other coaches.

“She has a very deliberate delivery with her instruction that our players understand, appreciate and respect. She fits into our family-first mentality: Work hard while you’re here and leave to go be with your family.”

No doubt about it, Coach White is thrilled to have Coach Shortt with the Wolverines and he asserted that, “I think the excitement I’m feeling comes from the excitement I see in her at practice and in the weight room. We had guys repping their ‘max’ after seven weeks.

“Early on, when we had a play finish with a dunk, I always tried to catch a glimpse of her reaction, because she’s enjoying this change of pace. She is showing that she makes our program better daily, which is why I wanted to hire a coach of her caliber.”

The way Coach Shortt sees it, this isn’t so much about breaking any barriers and she maintains, “Since I started coaching, I’ve never once been treated differently or, quite honestly, even been made to think about my gender. I’m a member of the staff.

“I show up every day to work hard and do good work. That’s how I’ve approached it and that’s how I’ve been treated since day one. I’m continuously building relationships with the players and constantly working to find common ground.

Coach Shortt explained further that, “I strive to know my personnel. It’s the only way I can be successful and know what they need to be successful. I’m blessed to be on a great coaching staff. They have done a great job incorporating and empowering me within the program.”

Not surprisingly, Coach White believes this is a big deal and rationalizes that, “It’s because of two things: The level and location it’s happening (Class 6 and 6A-West Conference) and it’s happening out of choice, not necessity.

“We talked about the pressure on all of us for this to succeed. This isn’t just about Kayla Shortt, but about any female that wants to coach on this side of the sport.”

As Coach Shortt contemplates this decision with a big-picture viewpoint for herself or any other female who aspires to follow in her footsteps she reasons that, “I took this challenge to help me grow as a coach and a person.

“This position pushed me out of my comfort zone and allows me to grow in my career and within myself. The advice I would give anyone is to commit to pushing your limits and everything you do. Your future self will thank you. Real greatness is built on the path of most resistance, not the least.”

Coach Shortt sure seems to have a clear vision of where she’s headed in coaching and what it takes to successfully help lead high school basketball players perform at a high level, regardless of what gender they happen to be.