Interestingly, playing video games is becoming so much more than just youngsters sitting at home passing the time away, while outdueling a sibling or friends next door and then boasting about having ‘the high score.’

As a matter of fact, esports is such a phenomenon now that it has turned into another terrific option for ‘student-athletes’ in school who simply aren’t as inclined to be part of conventional extracurricular activities such as football, basketball, and baseball.

In Arkansas, young boys, and girls from middle school through high school have officially been participating in esports competitions for about five years.

Without a doubt, Springdale coach Burl Sniff thinks this is a big deal and he stresses, “It allows a group of alienated students to feel like part of a team and share the same team and competition aspects of traditional sports.

“I’ve seen quiet, introverted ‘gamers’ step out of their shells and become team leaders. It allows for more voices and the ability to make your school and parents proud, using skills that many young people find valuable, but don’t necessarily have the venue in which to display them.”

Sniff elaborates further on why this is so important in reasoning that, “Now they have that venue and can feel valued and accepted. There is an entire collegiate scene where schools offer scholarships to esports athletes to come play for them.

“They can be drafted into professional leagues and get paid a nice salary to play professionally. The future is here and I’m excited for all the opportunities for these kids.”

Developing the talent and skill to possibly one day become a ‘pro’ begins early and Sniff relates, “We can start at sixth grade, so some kids are as young as 11 years old.

“We have a league that we can have our sixth–eighth graders play in. The main league we participate in is called PlayVs, which has a partnership with the Arkansas Activities Association (AAA) and the National Foundation of State High School Associations (NFHS). So, students from 13-18 years old are typically in that league.”

As for the structure of teams and number of individuals competing for each school, Sniff explained, “Esports is broken up into different game titles. So, we’re limited to the format of the game title itself.

“We participate in all these titles: Mario Kart, Super Smash Bros. Ultimate, League of Legends, Splatoon, and Rocket League.”

Sniff added, “League of Legends is five vs. five, Mario Kart and Splatoon are four vs. four, Super Smash Bros. Ultimate and Rocket League are three vs. three. We can have multiple teams for each title and multiple substitutions for each team. It’s very flexible.”

The wide-ranging flexibility that participating in esports provides student-athletes is what makes it ideal to bring on board at schools and Sniff maintains, “I think there’s a more equal playing field for players than there is in more traditional sports.

“You no longer must be the biggest, fastest, and strongest. We have a level playing field where many types of people can shine.”

Without a doubt, Sniff is thrilled to be involved and he emphasizes, “I’ve seen the quiet introverts become the shot-calling leaders. I’ve seen kids that would maybe have fallen into different, less appropriate after-school activities come to practice and become part of our community.

“This is where the world is now and I’m excited to see the opportunities available to young people that might never have been the team captains or star athletes.”

Sniff summed it up by affirming, “Now they really can shine and be all those things and potentially go to college, make friendships, and find a career all because of a seemingly ‘silly’ hobby that could be considered a waste of time to many.

How it all Began:

According to Springdale coach Burl Sniff, “There were a lot of people involved with this decision. The Arkansas Activities Association (AAA) had to be on board to play ball with PlayVs to make it an official varsity sport. Each school does things a little differently. Our school’s program started as an EAST project by the captain (Anthony White) of our League of Legends team. He had people that joined him and helped, but he was the loudest voice and has helped lead us where we are today.”

“Many schools participate all over the state,” Sniff noted. Although he’s unclear about all the schools in Northwest Arkansas with esports teams, Sniff confirmed that, “I know of Bentonville, Fort Smith, Greenland, Haas Hall, Har-Ber, Pea Ridge, Rogers, Siloam Springs and Springdale.”

Sniff said that structure of the competition “depends on the title. We have some students who prefer to participate from home and some that play from school. The PlayVs website has a schedule and an interface where we can scout our opponents and communicate with them on game day. For the most part, it’s a best of three of format with some extending to best of five or best of seven in the playoffs/finals.”

“This one is a little tricky,” Sniff advised. “Because PlayVs utilizes something called tiebreaker points that are eventually used to make decisions for who will make the playoffs if we have teams with similar records. They are earned in a multitude of ways and vary depending on the title (game). A lot of people think esports is simple because kids just play video games. But there is a lot of strategy and planning involved, scouting, etc. And all these things vary from title to title.”

There’s one in the fall and one in the spring. And the state champions get a chance to play in a national competition as well. There is a Swiss matchmaking for the regular season, and then a seeded playoff bracket that leads to the finals. A ‘swiss-system’ is a non-eliminating tournament format that features a fixed number of rounds of competition. PlayVs offer both regional and state leagues. “We try to stay in the state leagues for the most part but can do regional leagues if we deem them to be more valuable to us,” Sniff noted.

“Video games aren’t going anywhere,” Sniff suggested. “As generational shifts happen, how young people spend their time and energy might change as well. The consumption of digital media might increase. We must be careful and make sure we are diligent in addressing the real problems with ‘video game addiction’ and ‘escapism.’ I also think we are at a point where there is a beautiful opportunity to capture the spirit of gaming and celebrate it as a triumph.” 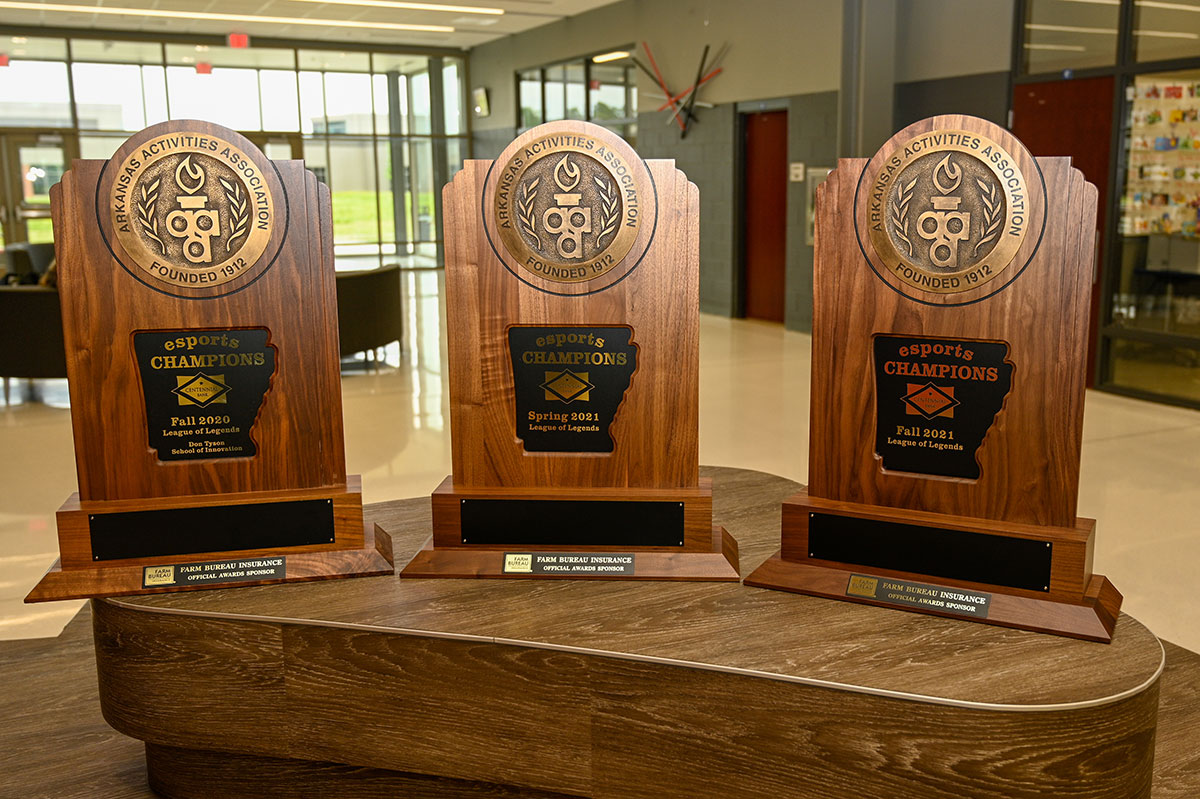