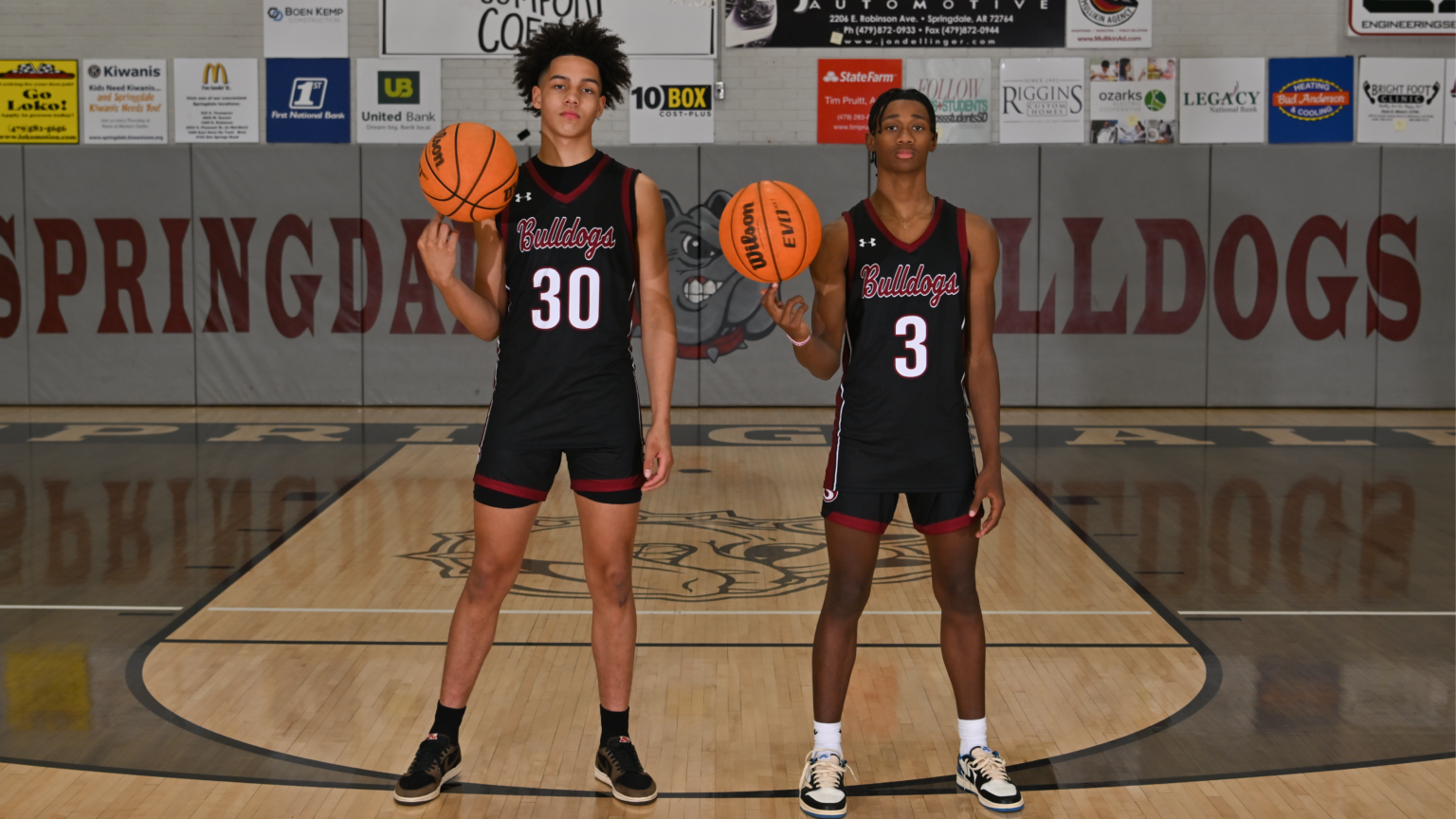 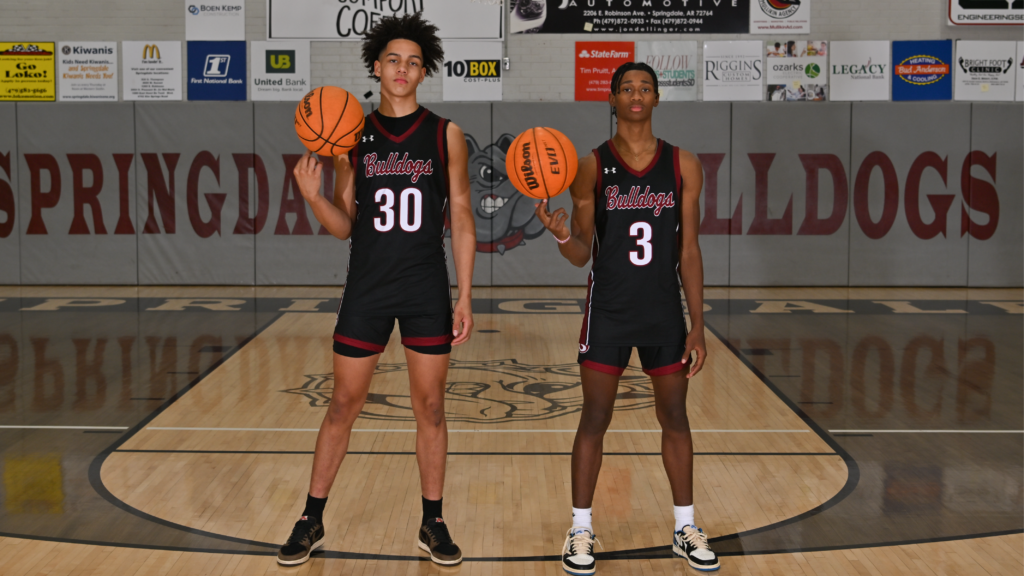 It didn’t seem that either of these young men had difficulty transitioning from junior high to senior high a season ago.

Muldrew netted 18 points per game in 2021–22, while grabbing 4 rebounds and dishing 4 assists each time he stepped on the floor. Sealy shined bright as well, averaging 14 points per outing, collecting 7 loose caroms, and handing out 5 assists each game he played.

Without a doubt, Bulldogs Head Coach Jeremy Price is thrilled to have this dynamic duo on his squad, and he insists that, “Courtland is a very talented two-way player. He has natural instincts for the game, coupled with a high motor. He’s one of those rare athletes that doesn’t get tired.

“Isaiah’s versatility is his greatest asset. He is a very skilled three-level scorer. He can dribble, pass, and shoot at a high level.”

As for how he sees his own skillset, Muldrew suggests that “I’m a good passer and I can score the ball at will. I feel I have a great IQ.”

In assessing his capabilities, Sealy rationalizes that, “I grew up playing point guard and passing has always been my strength.

“As I got older and taller, I became a much better rebounder and that has helped me to be more aggressive and start the break. I know I can always go get a bucket, but those two things (passing and rebounding) have helped my all-around game.”

While these youngsters have all the tools to be successful, they know there are obstacles along the way and Muldrew conveys that, “At my height, I’m a little undersized. So, I must be great every day and outwork anyone in any way I can.”

Sealy maintains that “There are many challenges to playing well at my position. My team needs me to score at all three levels. I also know that I will get every team’s best defender and I must be ready for it.”

Regardless of any difficulties they might face from one game to the next, Coach Price knows his youthful stars’ overall play every time they suit up will ultimately pay huge dividends.

“Offensively, Courtland makes getting to his spots on the floor look easy,” Coach Price lauded of Muldrew. “He can put pressure on the defense by getting to the paint off the bounce, plus stretching the floor with his deep shooting ability.

“I believe his best asset is his ability to defend. He was assigned the task of guarding everyone’s best offensive player last season as a freshman and that’s impressive, in my opinion.”

In further sizing up Sealy’s game, Coach Price reasoned that, “He is most dangerous in the open floor after a steal or defensive rebound. He has ability to get downhill, make people miss him and attack at the rim.

“His physical growth from last season to this season will allow him to be a better shot blocker and rebounder, which will lead to fast breaks and easy buckets for him and his teammates.”

There’s a lot of reasons to be ecstatic with all that this pair of prime-time players brings to Springdale’s lineup and as Coach Price thinks about it he stresses, “The thing I like most about Courtland is his competitive drive. When the lights come on, he’s one of the most competitive players I have ever coached.

“The thing I like most about Isaiah is his calm confidence. He’s played a lot of ball thus far in his life, so there’s not much he fears in between the lines.”

Really, there’s just no reason at all not to like virtually everything about Muldrew’s and Sealy’s basketball playing capabilities. Conversely, no opponents on Springdale’s schedule this season will like having to figure out how they’ll keep either of them in check one way or another.