Northwest Arkansas has seen several high schools across Benton and Washington Counties put together prominent pigskin powerhouses at various times over the past few decades.

Without a doubt, the Shiloh Christian Saints have set a standard for gridiron greatness that is not only impressive across our state but stacks up against many programs on a national level.

Quite honestly, in a span of just a little more than three decades since Shiloh Christian first started playing football in 1989, its ascent to becoming a dominant force most every fall didn’t take all that long and has ultimately provided eight state championships.

Current SCHS Athletic Director and Football Head Coach Jeff Conaway, who guided his ’20 Saints squad to their most recent title-clinching celebration, believes there are several keys to such remarkable sustained success such as “A culture of preparation, hard work, and sacrifices. 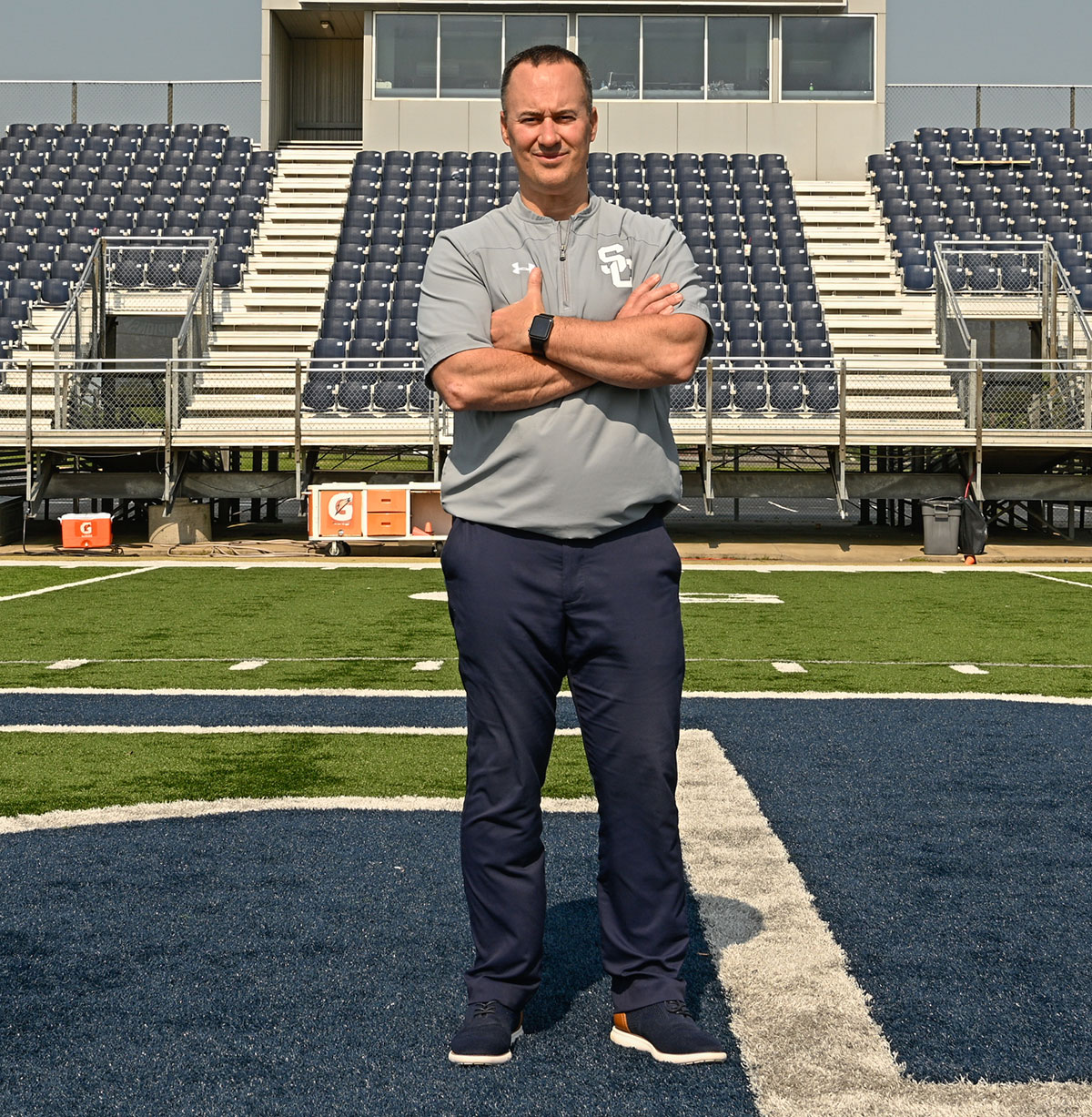 “Shiloh Christian has established an expectation of doing what it takes to be prepared. Our administration, coaches, players, and parents are all committed to the overall development of our athletes. And Shiloh strives to give our very best when we compete.”

Since he’s gleaned so much from a historical perspective, while doing certain things to his own style, Coach Conaway has observed a common link from the past to the present and he rationalizes, “We believe that when we commit to the development of each student-athlete, in the areas of their spiritual, academic, social, and athletic lives, we create the best opportunities for them.

“This mission has given our athletes and our teams the opportunity to achieve great success. I believe Shiloh Christian has carried out this developmental process very well over the years and it has produced several championships as a result.”

As for his own personal decision to take the job at Shiloh Christian, it wasn’t a difficult choice at all and Coach Conaway revealed that ultimately his reasoning for accepting the offer had everything to do with “The support from the administration, the partnership with parents, and the dedication from the players.”

Coach Conaway added that he strongly affirms “In order to have an opportunity to succeed, I believe these areas are so important.”

No doubt about it, being at the top on a consistent basis presents challenges because everyone wants to knock off the champs.

Coach Conaway and everyone working with the Saints recognizes that and he admits, “Sustaining success is always more difficult than achieving success. The target is on the back of everyone involved and so many others are driven to match or exceed your success.

“This fuel can be an advantage for our competition. We combat this with fuel of our own in that we want to work hard and earn everything we get. We do not rely solely on the success of those that come before us. We embrace it, while striving for our own opportunity for success.”

Of course, Coach Conaway is thrilled to be part of a program that takes pride in producing such tremendously terrific results and he assures, “I am most proud of the brotherhood and the family environment we have been blessed to establish.

“We love each other, and we love all those around us. The Shiloh family is special and unlike anything I’ve ever experienced.”

In assessing things further, Coach Conaway maintained, “I’m also proud of the success we’ve had and the way in which we’ve accomplished so much by doing it the right way.

“We have not taken shortcuts. We worked hard and attempted to work smart. It has taken time, but we have achieved great success and are proud of our work.”

There’s really no way to predict whether this juggernaut will continue for years and years, let alone decades and decades into the future.

However, Coach Conaway envisions, “When a culture is healthy, the leadership can change, and success can remain achievable. We have developed great leadership inside our program and if I were not here, I believe we would continue to strive for excellence and achieve it.

“We have an excellent set of systems in place that yield great results and I believe we have the structure to sustain success for the long haul.” 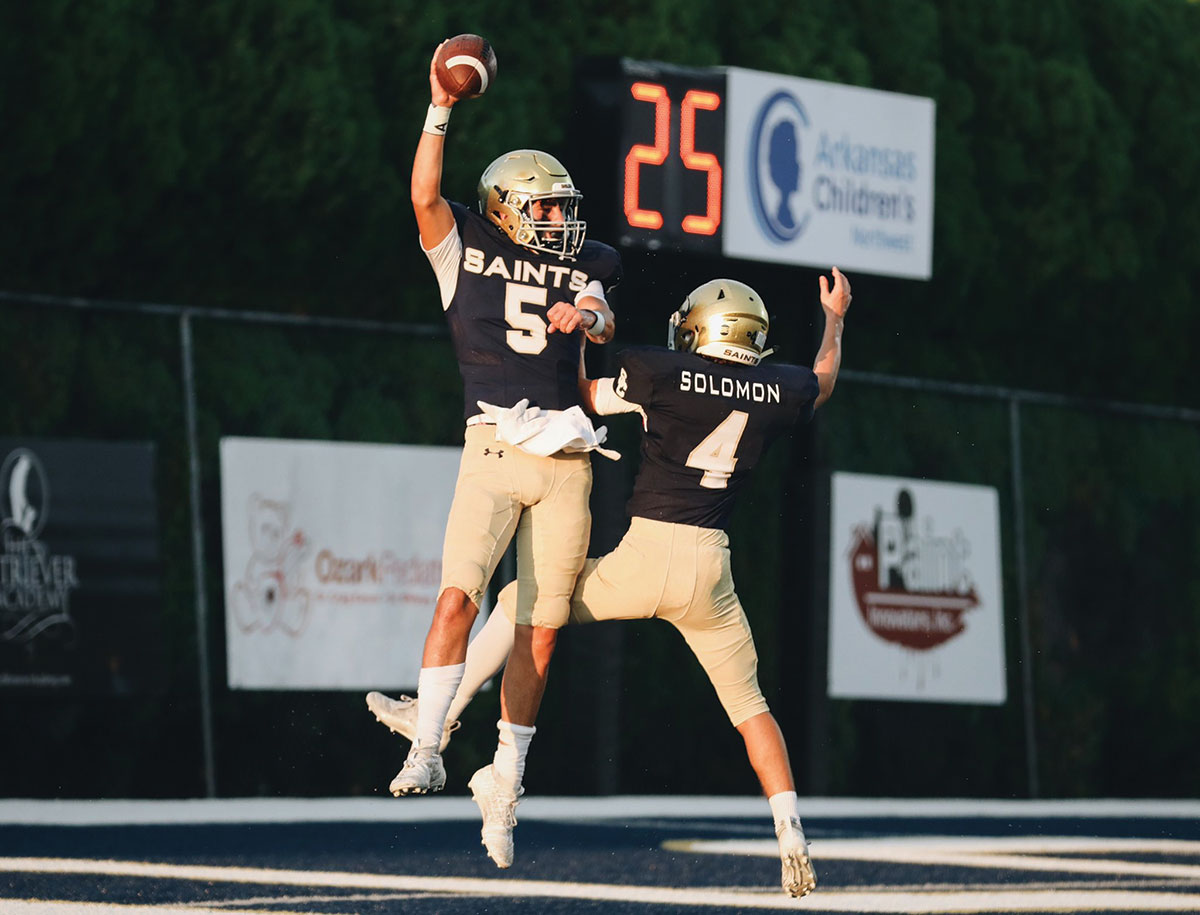