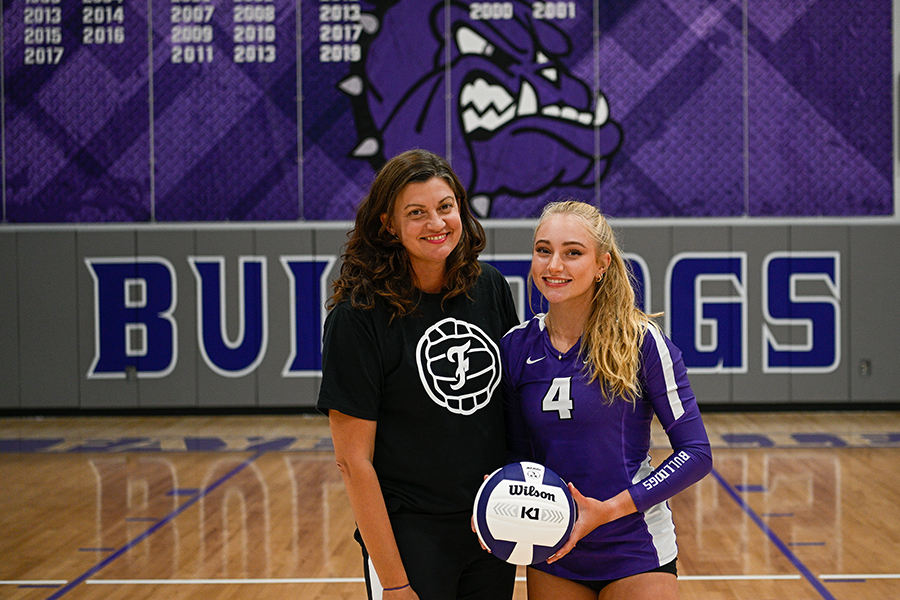 There’s no doubt that Fayetteville Lady Bulldogs 19th year Volleyball Head Coach Jessica Phelan and senior FHS star player Kennedy Phelan have a special relationship on and off the court.

As mother/daughter and head coach/player, the Phelan’s obviously have a bond that provides such a close connection and picture-perfect partnership, both at home and when they’re competing fiercely together in a volleyball match.

“It is definitely a special and unique experience for us,” Kennedy suggests as to how she and her mom approach things both athletically and with their family life. “We have been doing this a long time and it was made clear at an early age that in the gym she is ‘coach,’ not ‘mom.’

“Respect and obedience were expected at a higher level, and she was definitely not going to cut me any slack.”

In continuing her thoughts on the chemistry between coach and mom, Kennedy conveys that, “We know each other extremely well. There are times on the court when we don’t even have to speak.

“She will just look at me and I know exactly what she means. I may or may not have avoided some of those looks after a dumb decision on my part, ha ha!”

Coach Phelan’s perspective is that “As a coach and mom, I have always strived for Kennedy to focus more on the process than the outcome. The hard work is the hours in the gym, setting balls, hitting the weight room, analyzing game film, and the long practices.

“Kennedy has always enjoyed the process. She’s a gym rat. She loves the game so much but doesn’t let a win or loss define her.”

As Coach Phelan continues with her thoughts she states, “We don’t particularly look alike, but our thought processes are similar. It’s been a unique experience, and aside from coaching my daughter, just to also know exactly what my setter is thinking.”

It doesn’t take much thinking to recognize both these ladies are good at what they do and have worked a long time to be successful.

“Growing up, my family was active, and my brothers and I were competitive,” Kennedy remembered. “Volleyball was introduced to me at a young age. Growing up in the gym, going to team camps with my mom’s high school team (Fayetteville) in the summer and watching her practices after school was a huge factor sparking my love for the sport.

“I wanted to be like the girls on her team. We played other sports growing up, but personally volleyball was the one that stuck. I always dreamed of playing for my mom as a Lady Bulldog and winning a state championship. I always wanted to play at the next level.”

Kennedy wasn’t about to let anything prevent her from succeeding and reminded, “It’s no surprise I’m undersized (5 feet, 7 inches) for my position (setter).

“While being taller can be an advantage, lacking size made me a little grittier. I focused on my court speed and explosiveness, as well as running a deceptive and fast-tempo offense.”

An accomplished player herself, Coach Phelan has enjoyed helping mold Fayetteville into a perennial powerhouse in volleyball, but she insists, “There are no major secrets. We have a lot of athletes willing to put in the time and effort to be successful.”

Coach Phelan reasons, “Every year, we start with a foundation of hard work and putting team first. I believe our sustained success has been a byproduct of our kids buying into that.

“They have put in the work on the court to be great players and off the court to have great relationships with each other. One consistent thing is that our kids really work hard to win for each other.”

Surprisingly, perhaps, Coach Phelan relishes getting to basically start all over on annual basis and she stresses, “One of the coolest things about coaching in high school is every year is a new journey. I enjoy figuring out strengths and weaknesses of each team and what systems best fit each squad.”

As she reflects on her career, Coach Phelan emphasizes, “It’s amazing to look back and realize I’ve coached some great volleyball players.

“But it’s even cooler that I have coached future lawyers, doctors, teachers, business owners, ministers, mothers, and strong women. It’s been cool, to see kids win on the court, but even cooler to watch them win at life.”

Without a doubt, Coach Phelan considers it ‘cool’ having a front row seat to seeing her daughter’s impressive development and she maintains, “Kennedy loves her teammates and the big moments. I’ve always considered the setter ‘the mirror’ of the team.

“She reflects belief in her teammates in those moments. She’s learned how to help create an environment on the court where her teammates trust her, trust each other, and trust themselves.”

As they go through their last season together as coach and player, it’s obvious both ladies appreciate each other immensely.

Coach Phelan raves that, “When Kennedy sets goals, her focus narrows on what ‘we’ will accomplish, or how her individual improvements will help ‘us.’ As an individual, she works hard day in and day out but what makes her tick and draw confidence is this outward focus on ‘team.’

“It is an intangible quality in a setter. She truly embraces her role in her teammates’ success and that makes me proud of her as a coach and her mom.”

Kennedy says of her mom, “Off the court, seeing how much she put into her team gave me perspective. Seeing her write down countless lineups, watch hours of film, managing hotels and travel, booster things, parents, and countless other things, while still having time to cook us (family) food and be a mom allowed me to be more empathetic and respectful of her coaching.”

No doubt about it all, Kennedy affirms, “Winning state with this team and my mom as my coach was a dream come true. Fayetteville volleyball is lucky to have her.” 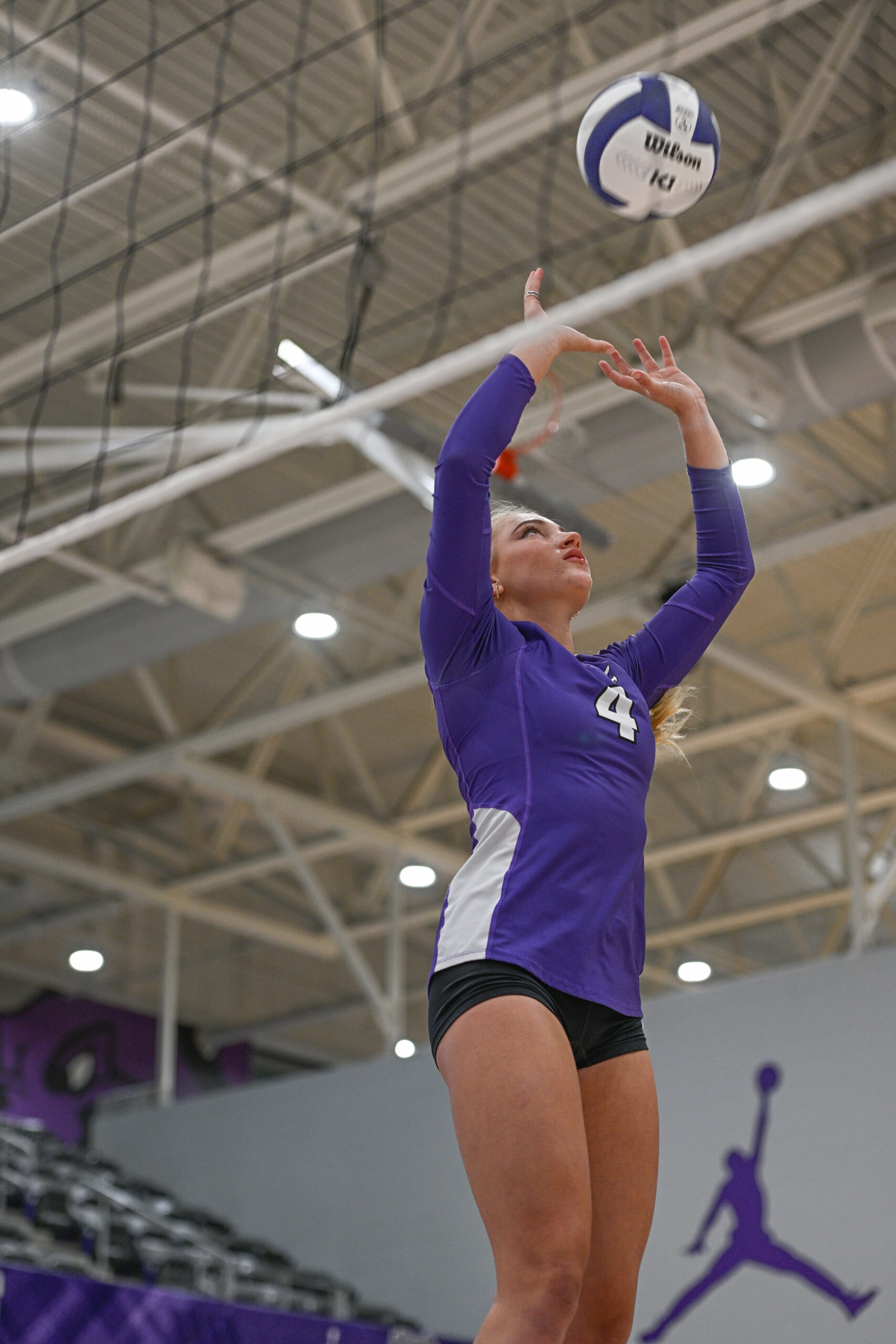