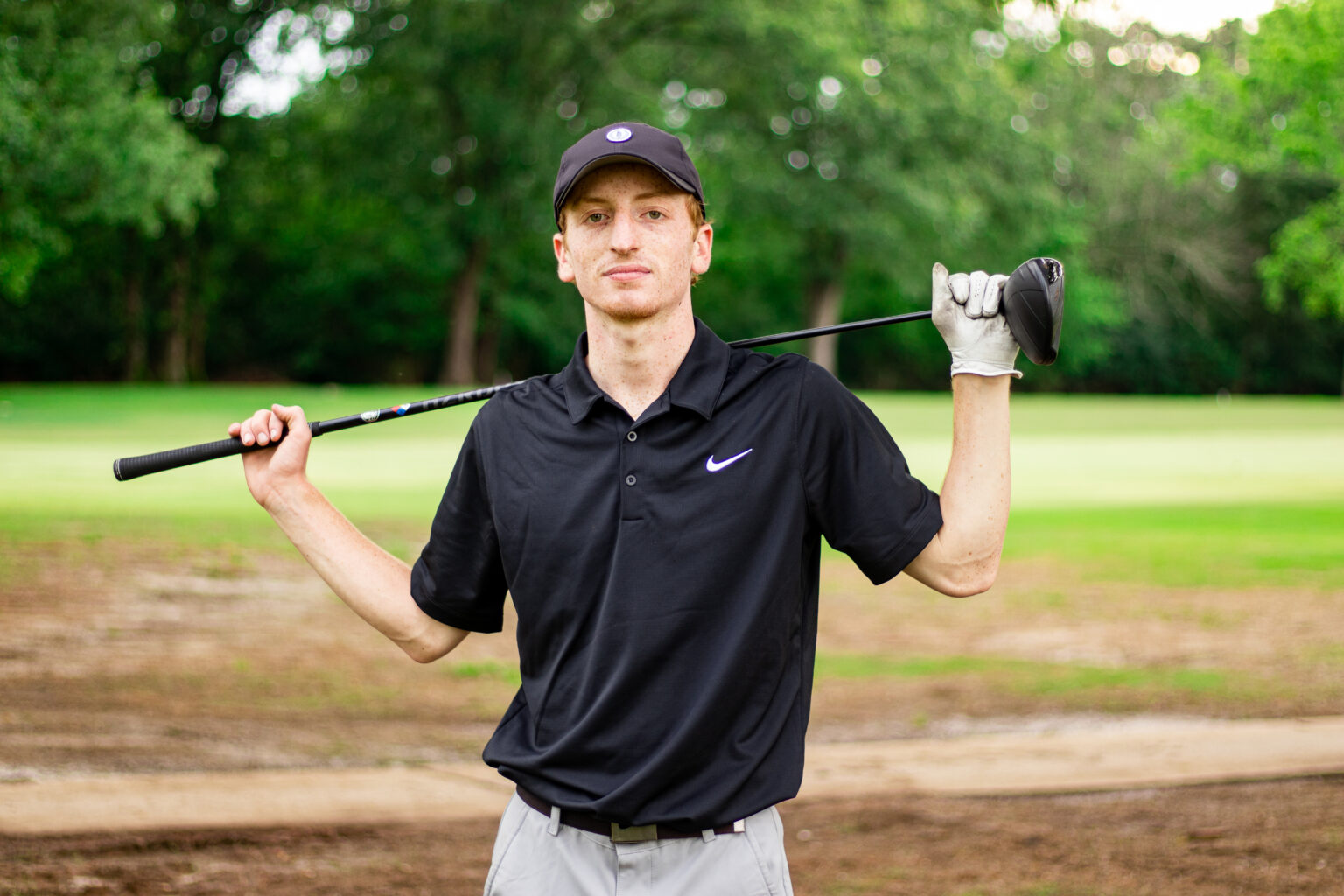 After just a few minutes into our interview with Rhett South, it is apparent that he has a love for the game of golf and also the great outdoors. The Farmington Cardinal golf stand-out hit his first golf ball at the age of three, according to his mother. Rhett stopped playing baseball at the age of 10, putting his entire focus on his golf game. Apparently, that decision paid off for him as he says, “I haven’t looked back since.” That focus on one sport led to many successes on the course and ultimately the chance to compete beyond high school.

He has committed to the University of Arkansas at Little Rock to play golf at the collegiate level. And while he is excited to play college golf, he still has plenty to accomplish at the high school level. “The last three years have been great. The golf team is made up of my best friends. We have made a lot of great memories on and off the course,” he said.

Last year, he shot his personal best score of 63 at the 5-A District meet at Fayetteville Country Club. Thinking back on that day he said, “Walking up the 18th hole with my entire team being there along with all of the Farmington fans, is my favorite high school memory so far on the golf course”.

He understands that practice is one of the biggest keys to his success. When asked if he could give advice to young golfers he said, “Do the right things on the golf course and be smart so you can efficiently keep getting better day after day.”

Like any athlete his age, Rhett has a great group of coaches and supporters. “Coach [Randy] Osnes at Farmington High School is probably the most important coach I’ve ever met in my life. He’s great to help me out in stressful situations on the golf course,” says South. “Also, Coach [Beau] Thompson [Farmington Athletic Director] drove me to the state golf tournament my freshman year and he’s been very supportive of me.”

South is a very confident golfer and describes himself as somewhat of a daredevil. “I go for a lot of shots that I probably shouldn’t go for. That goes along with confidence because I go for shots that I think I can pull off. I’m also a hard worker and I try to practice more than anyone my age,” he said. He has already made a name for himself in the state of Arkansas and after his college playing days are over, he would love to play on a professional tour. “I want to play PGA golf and make some type of income,” he told us. “We will see how it goes.” With that kind of attitude, we think he has a very bright future ahead of him.

NEXT LEVEL WITH KIKKO HAYDAR